Trend-renewal process is a generalized stochastic point process which includes a renewal counting process and a non-homogeneous Poisson process (NHPP) as the special cases, and can be characterized by both the cumulative trend function and the inter-renewal distribution function. It enables us to describe a number of NHPP-based software reliability models and to fit the software fault counting data with higher accuracy.

Dr. Dohi's research interests include Reliability Engineering, Software Reliability, Dependable Computing, Performance Evaluation, Computer Security and Operations Research. He is a Regular Member of ORSJ, IEICE, IPSJ, REAJ, IEEE Computer Society, and IEEE Reliability Society. He published over 550 peer-reviewed articles, 30 book chapters, and edited 20 books/proceedings in the above research areas. Dr. Dohi served as the General Chair of 12 international conferences including ISSRE 2011 and DASC 2019, and as the Program Committee Chair of 3 international events. He has worked as a Program Committee Member in many international conferences such as DSN, ISSRE, COMPSAC, QRS, PRDC, HASE, among many others. He is an Associate Editor/ Editorial Board Member of over a dozen international journals including IEEE Transactions on Reliability. He is now the President of REAJ (Reliability Engineering Association of Japan) and the Executive Committee Member of ORSJ (Operations Research Society of Japan). 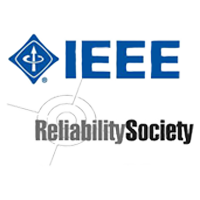